Who’s ready for the 2023 WyoPoets Eugene V. Shea National Poetry Contest?! This is my fourth year as Chair of the contest, and it remains a tremendous honor tracking down unique and diverse judges for our contest each year.

Submit your finest unpublished poems for a chance at recognition and even a monetary prize. The contest is quite popular, and there are a lot of splendid entries from a diverse field of splendid poets. Hence, submissions that don’t adhere to the guidelines will be rejected.

Good luck! I look forward to reading your submissions and handing them off to the fantastic judge that has signed on to pick winners and honorable mentions this year.

Do not send entries that require a signature upon receiving.
​
DISQUALIFICATION: Not following the above guidelines will result in disqualification.
JUDGING: Judging will be by a qualified poet not affiliated with WyoPoets. The judge’s decisions are final.
NOTIFICATION: Contest winners will be notified by email, at the email address included on the upper right corner of their submission.
RIGHTS: All rights remain with the poet.

The 2022 Eugene V. Shea National Poetry Contest Results Are In! 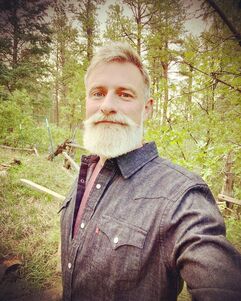 That’s a wrap, folks! The 202 2  Eugene V. Shea National Poetry Contest is concluded . The winners and honorable mentions  have been notified and checks have been sent out. This year’s entries were slightly down from last year, but there were still a hoard of poems for judging. There were 198 entries received from all over the United States , with $ 396.00 collected from entry fees.

Entries were received from all over the country, with poems coming in from Alabama, California, Colorado, Illinois, Minnesota, Mississippi, New Mexico, Pennsylvania, South Dakota, Texas, and Wyoming. The poems of this contest continue to give me hope, even in these trying times we now found ourselves.

It was with pleasure that I handed over this year’s fantastic  poetry to the judge for the 2021 Eugene V. Shea National Poetry Contest, David Anthony Martin .

David Anthony Martin is an environmental educator, poet, writer, columnist, and author of four collections of poetry, Span, Deepening the Map. Bijoux and  The Ground Nest . He lives in the ponderosa pine and fir forested foothills of the Wet Mountains in southern Colorado. He is the founder and editor of Middle Creek Publishing & Audio.

“Thank you for the opportunity to just get this contest. It wasn’t as easy as I thought it might be,” stated David. “I hope that the announcement gives these poets the encouragement to continue their work and to ever hone their craft through time, and to never stop experiencing the world and responding to it through writing.”

David also had a lot to say about the winners of this year's contest:

“Black Crepe”
“The narrative quality of this poem richly moves the reader through the miasma of feeling, memory, emotion and realizations of a mourner at a funeral. The language is rich, and although it is in a prosaic form, it’s use of phrasing and creates a subtle dispelling of timelines, chronology, and lends a pacing and a careful dissemination of information through the structuring of the images to build an understanding of a whole experience that could, perhaps be
summed up in no other way.”

“Nivôse”
“This poem uses an exploration of freshly fallen snow and its variations in its form, the subtlety of colors and effect of it on the environment to communicate the duality of the moment. “It is not what snow covers, but what it illuminates:'' This new snow, this new moment, this new day, affected by a phenomenon that at once seems to cover and coat with a coldness and harshness, also reveals the glory and beauty of the forms around, opportunity for new ​experience, and for an erasure of what has come before. There is forgiveness in this poem, an un-spoiling, a hint at the flow of something unseen, and an unmarred future. This shift in perspective opens the reader to be encouraged to look for the potential forward, to the future
which, although unwritten, may be.”

“Disappearing”
“Very well crafted and concise, this poem is just the right length and form, short and yet containing much more folded into its interiority. The reader finds themselves unfolding the poem, as well as feeling as though they were as well folding it to reveal an understandable form as one does with a small square of paper in the practice of origami. Here we fold portions away, tucking them into others, and in doing so perhaps, create small forms of beauty in and of our lives. Through this work, we transform, we create wings. We crease and fold and press what we find in this world, and in doing so, we make sense of it, we create something new of it, we lend it meaning.”

What a contest! The 2021 Eugene V. Shea National Poetry Contest is in the books, folks. The winners have been notified and checks have been sent out. The entries in this contest were such a thrill to read. There were 239 entries received from all over the country, with $504.00 collected from entry fees and donations.

Winners and Honorable Mentions were:


Entries were received from all over the varied expanse of the United States, with poems coming in from Alabama, Arizona, Arkansas, California, Colorado, Iowa, Kentucky, Maine Minnesota, Mississippi, Nebraska, New York, Ohio, Oregon, Pennsylvania, South Dakota, Texas, Washington, and Wyoming. It was truly a pleasure to read through these amazing poems. Like wildflowers, they bloomed beautifully from this uncertain time of a pandemic and polarization, giving me hope. It was with pleasure that I handed over this year’s stunning poetry to the judge for the 2021 Eugene V. Shea National Poetry Contest, Vanessa Able.

Vanessa Able is a writer and editor who started her career as the editor-in-chief of Time Out Istanbul and went on to be a contributor to The New York Times and National Geographic Traveler, as well as an associate editor at Esquire Latinoamerica in Mexico City. Her first book, Never Mind the Bullocks, was named a Scotsman Book of the Year. Vanessa is the founder and editor of The Dewdrop (www.thedewdrop.org), a literary platform dedicated to reading, writing and being. 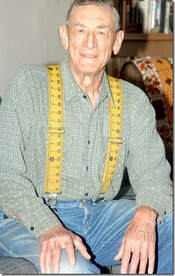 Eugene V. Shea (1925-2016)
This contest is named in honor of the late Eugene V. Shea, a longtime member of WyoPoets. Eugene was a prolific writer who was beloved by many in WyoPoets. He ran the organization's national contest for many years, and his dedication to the written word, to encouraging other writers, and to WyoPoets will forever be appreciated.

The contest takes place each fall.